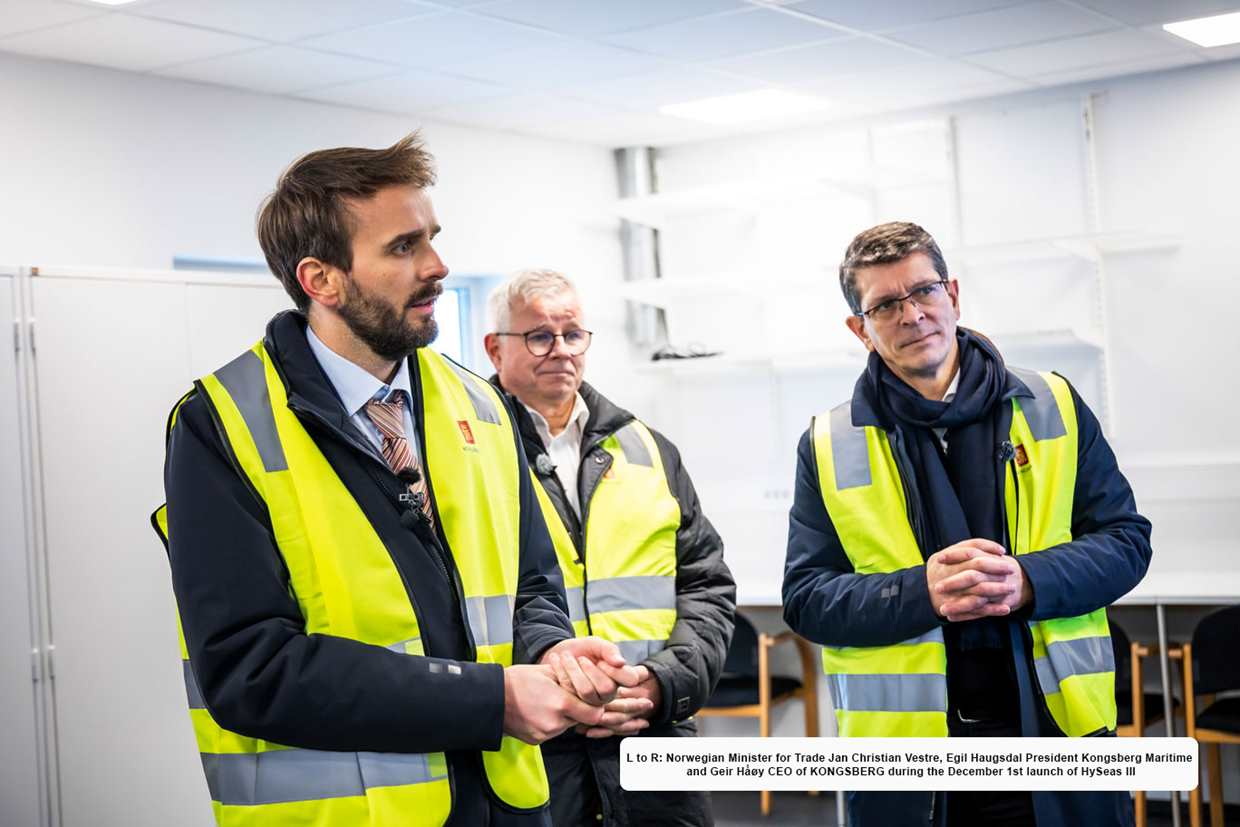 The string test of the HySeas project was launched in Ågotnes on 1 December with the Norwegian Minister of Trade, Jan Christian Vestre, President of Kongsberg Maritime, Egil Haugsdal and the CEO of Kongsberg, Geir Håøy.

Due to COVID 19 restrictions, numbers on the day were limited, however a small but enthusiastic crowd packed into the canteen of the PSW Power and Automation premises that was hosting the string test components to learn more about the ground breaking work that was being conducted on site. Scottish transport minister Graeme Dey provided his congratulations over video before Kongsberg project manager Hans Westad provided a overview of the work being done. 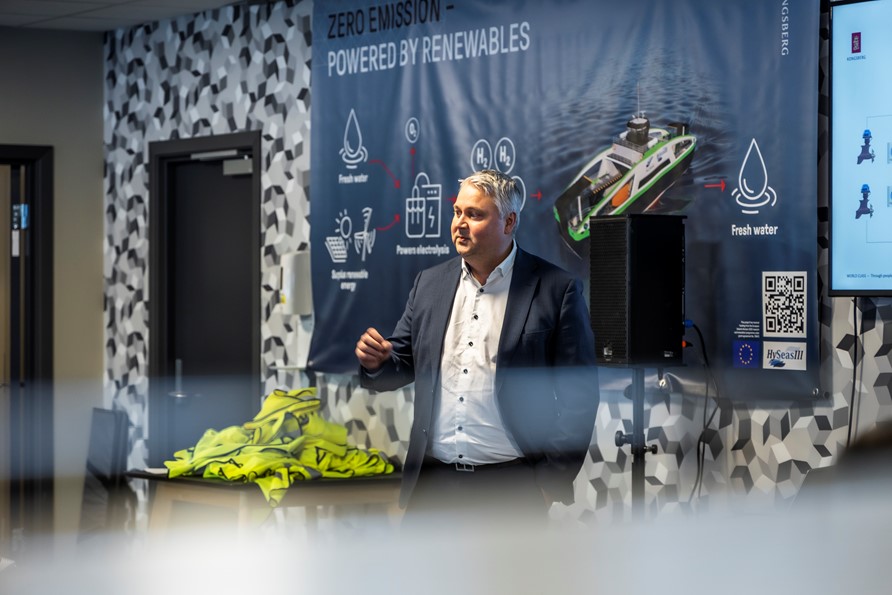 A couple of videos were shown, you can also watch these via the links below:

The assembled guests then headed outdoors to where the string test components were located for speeches from Egil Haugsdal, Geir Håøy and Jan Christian Vestre, followed by the official start of the string test where the Minister pressed a button to start the system. This was followed by a guided tour around the site, led by Lars Petter Nygaard who was also answering questions from the Minister. 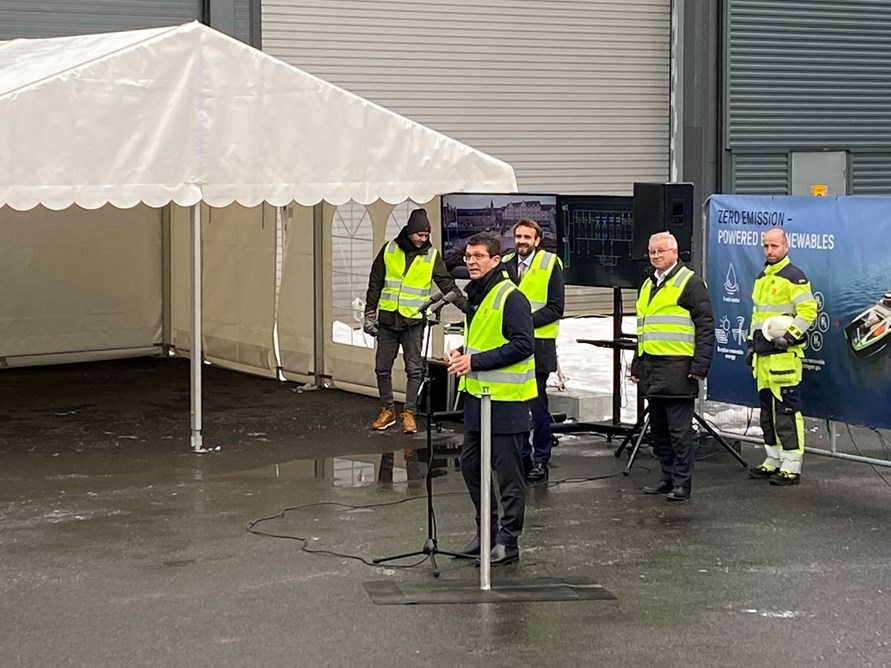 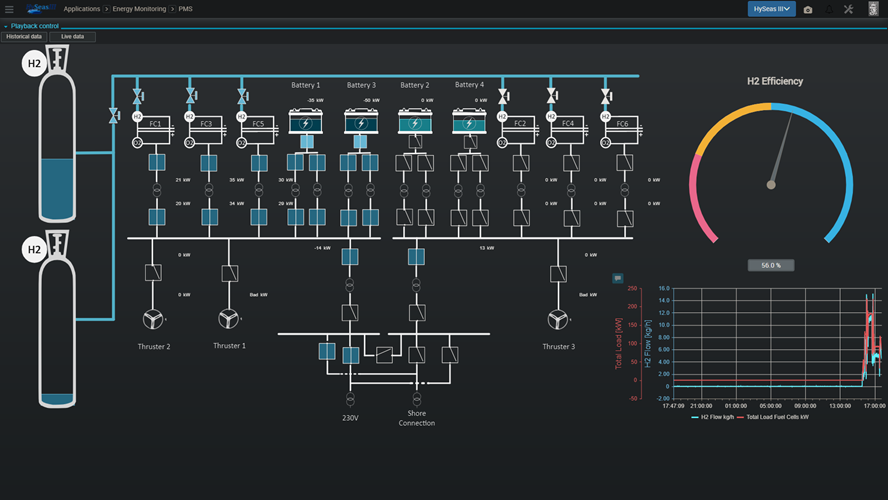 The string test clearly generated a lot of interest as journalists stuck around after the end of the tour to ask questions. Norwegian broadcaster NRK covered the event, you may access the original clip here, or this version with English subtitles.

In association with the launch, Kongsberg ran an article in their in house Full Picture magazine, featuring interviews with consortium members from Kongsberg, Ballard Power Systems and CMAL. 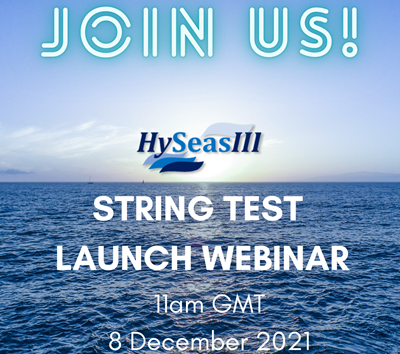 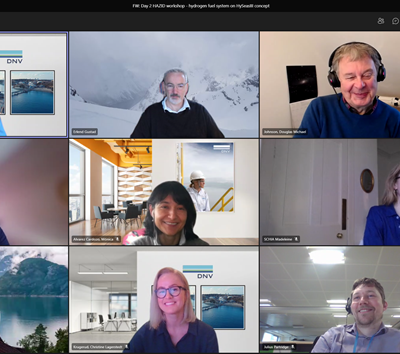