String testing involves assembling all of the key power-train components and testing them as a system, usually on the factory floor and prior to the commencement of any ship building. This process is used to mitigate risk by fully validating the vessel’s power-train prior to committing to full vessel build cost. Both stress and durability testing can be carried out with minimal risk.

The HySeas III string test will consist of the following components: 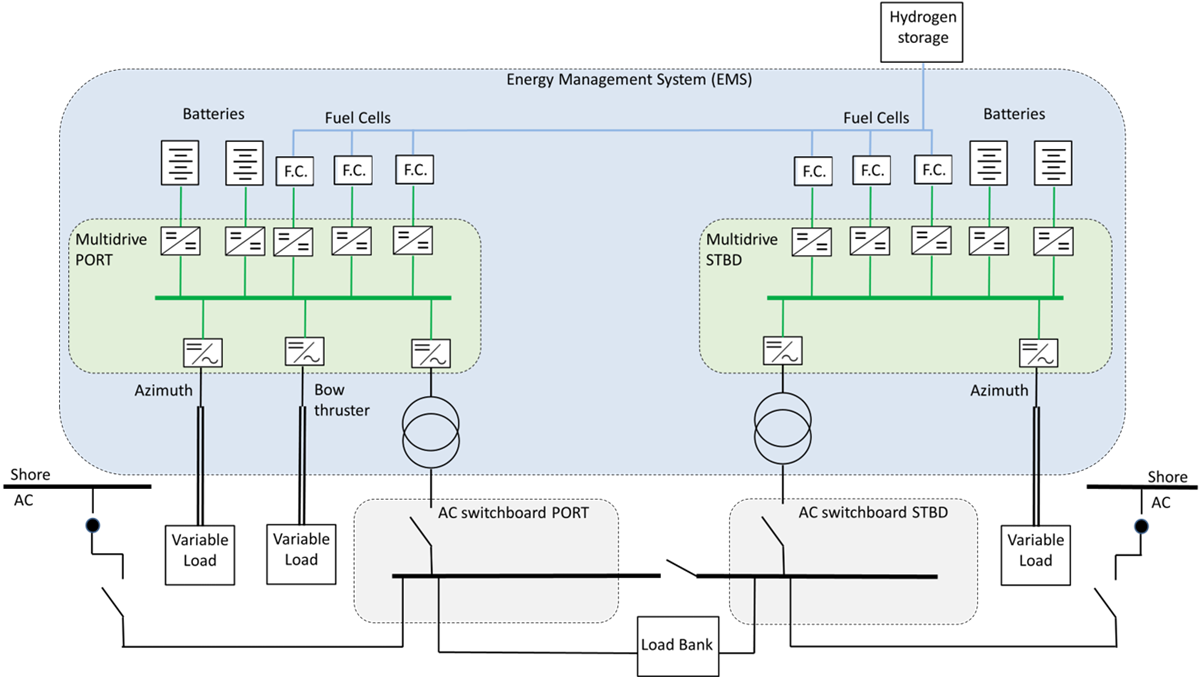 The comprehensive testing regime has been designed by Kongsberg Maritime to investigate whether the system would be suitable for handling and responding to demands that normally occur during normal sea going operations. These operating profiles will include the expected load changes during three modes: transit, harbour, and manoeuvring.

The extended and exhaustive testing over several months is also intended to test safety, load response, transient response, and emergency situations of the system.