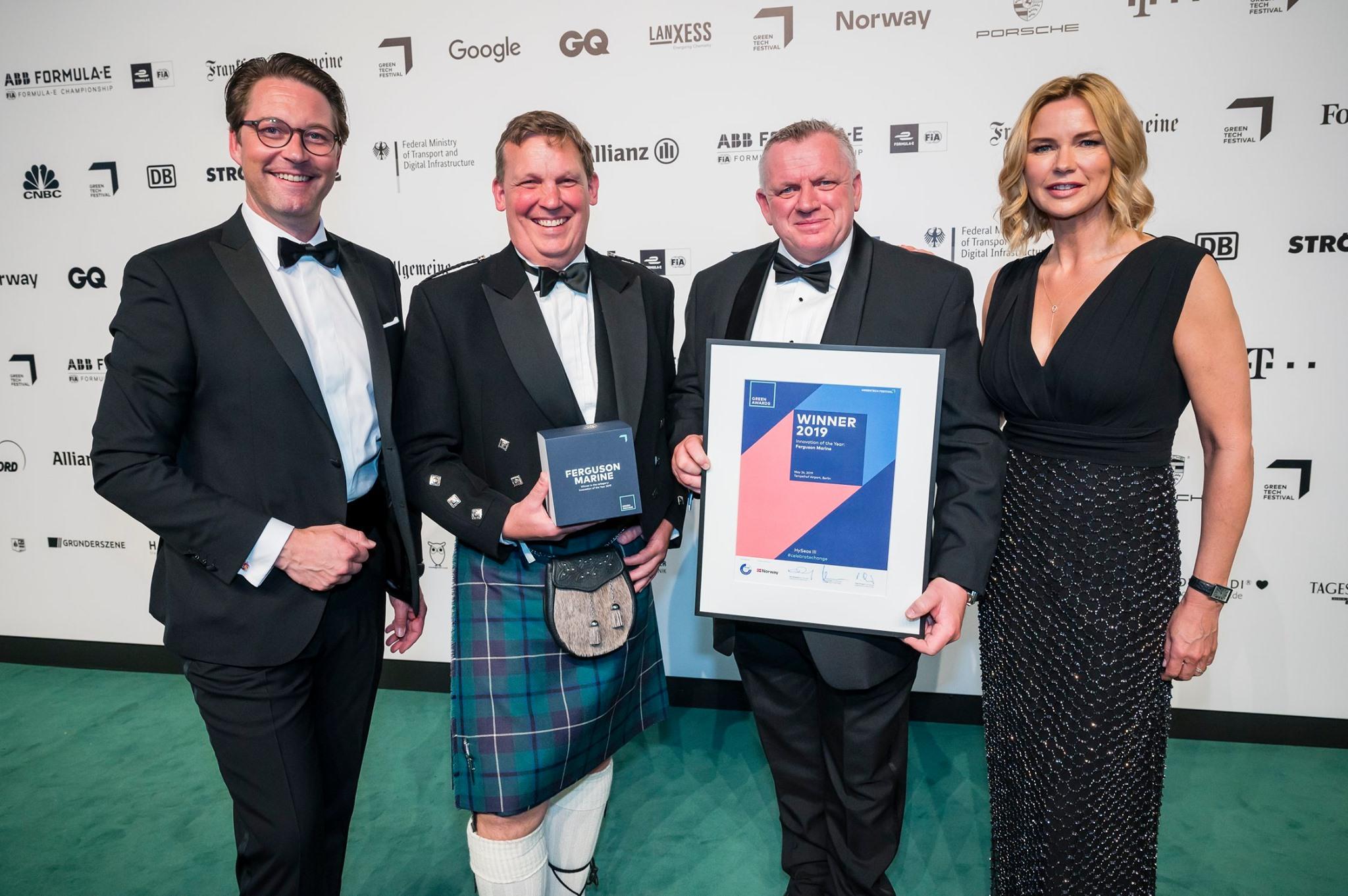 We are pleased to announce that the world’s largest sustainability awards, Greentech Festival’s 2019 Green Awards, awarded the EU funded Horizon 2020 project, HySeas III, the accolade of ‘Innovation of the Year’. The prize was received on behalf of the consortium by Ferguson Marine.

The Greentech Festival was created following the merger of the Greentech Awards and the British Green Awards with past winners including Sir David Attenborough. This year, the judges were looking for the “most impressive (most current, auspicious, astonishing) innovations in green tech” and the project's leading work with a marine application for hydrogen fuel cells gave our nomination a significant edge over the highly respected international competition.

Fellow consortium member Kongsberg Maritime also picked up an award for the pioneering work they are doing on the autonomous ship Yara Birkeland. 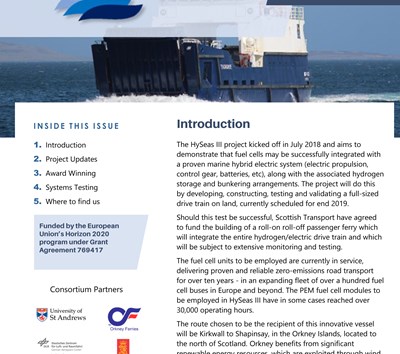 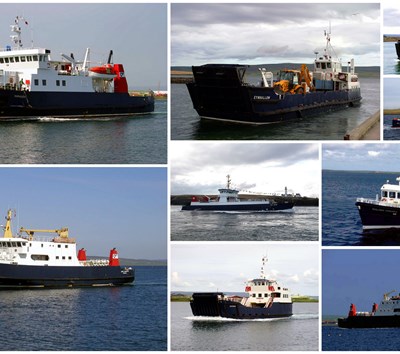